Andy Warhol, the ‘One-Man Dow Jones’ of the art world, was a prolific artist of the 1960s pop art movement whose art has rocketed in value since his death in 1987 and even outpaced major stock indices. A success story of the contemporary art market, Andy Warhol’s iconic art has proven its value to investors.

The art market has long lured investors as a way to diversify away from traditional assets like stocks and commodities and own something fun and unique. But how do you know where to begin in such a large market shrouded in mystery? The success of Andy Warhol’s art gives some clues as to which pointers make an artist popular and drives up the value of their work.

Born in a Pittsburgh ghetto in 1928 to working-class immigrants from the Carpathian Mountains near Russia and Poland, Andy Warhol clawed his way into the New York glitterati first as a commercial illustrator before turning his hand to art. His New York studio, The Factory, was a well-known gathering place that brought together intellectuals, bohemians, pop stars, film stars and other celebrities.

Warhol had a talent for melding everyday objects like Campbell’s soup cans, one-of-a-kind celebrities like Marilyn Monroe and artistic expression to create colourful art that appealed to the masses, even more so after his untimely death at 58. “I am a mass communicator”, Warhol once told an interviewer. His work still speaks volumes to this day.

As the “original influencer”, Warhol’s brand power and global recognition especially appeals to all investors in the art market which has helped sustain the popularity of his work and pushed up its value over the three decades since his death. The more buzz there is about an artist, the more demand there is for their work. His colourful art also appeals to a broad cross-section of society, given that red and blue are the two most popular colours in the art market. “Red always sells” is the market mantra.

Like any investment, art can go down as well as up in value but it does not always mimic stock markets, making it a useful alternative investment. The art market dipped following the global financial crisis in 2008 but quickly rebounded the following year and, unlike equities, emerged from the pandemic relatively unscathed. In fact, the art market soared while stocks stalled. Warhol’s works were no exception – they had a good pandemic. The value of his work first took off in the mid-2000s, in line with the broader contemporary art market, and has increased in value by around two-thirds since his death.

A workaholic who created art seven days a week, even on Christmas Eve, the “Pope of Pop” left a large legacy of around 10,000 works which has also helped keep the market for his art buoyant. Despite Warhol’s extraordinary output, the demand for his art exceeds supply which in turn creates scarcity, a key driver of art valuation. He was so successful in his mission to be “as famous as the Queen of England” that even after his death, his work remains in high demand. Today Andy Warhol’s work is a staple in contemporary art collections in museums and galleries, in private collections of the most wealthy and at auction as an investment. Warhol’s work has outperformed greats such as Picasso and Hockney, while also beating the S&P 500, Nikkei 225 and the FTSE 100 since his death and particularly since the turn of the century.

Last year, his 1977 portraits of boxer Muhammad Ali and fellow painter Jean-Michel Basquiat sold at auction for $15.5m and $34.7m, respectively; his highest selling work, Silver Car Crash (Double Disaster), was auctioned off for a stunning $105 million in 2013. As one of only seven works created in a monumental, double-canvas format spanning over 13 feet, it triggered a bidding war at auction which demonstrates a key factor in how well a piece of art sells: provenance.

Respected collectors Gian Enzo Sperone, Charles Saatchi and Thomas Ammann previously owned Silver Car Crash (Double Disaster), a factor which undoubtedly boosted its credentials. It has only been publicly exhibited once, adding to its allure. Why invest in Warhol? Anyone that has a pension is almost certainly invested in blue-chip stocks like Apple, Amazon and Facebook but how many people can say they have an original Andy Warhol in their investment portfolio? In a world of passive investing where most of us blindly follow stock market indices via funds managed by people we never see, a physical piece of art can be a refreshing investment. Rather like Andy Warhol’s wide-ranging collection of work which appeals to the masses and won him global recognition, diversity is key to a balanced portfolio.

To find out more about the fascinating life of Andy Warhol and how he shook up the art market, read his biography by Victor Bockris. An engaging read, it details his humble beginnings in Pittsburgh, rise to stardom amid the bright lights of New York City and his brush with death following an assassination attempt. Catch the six-episode documentary about his life on Netflix: The Andy Warhol Diaries. 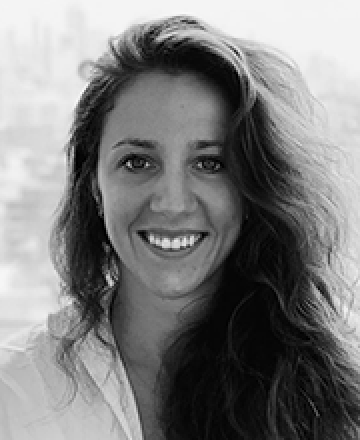 Past performance is no guarantee of future results. Any historical returns, expected returns, or probability projections are not guaranteed and may not reflect actual future performance.

Investments offered by Mintus are illiquid and there is never any guarantee that you will be able to exit your investments on the Secondary Market or at what price an exit (if any) will be achieved. In addition, the timeframes to liquidate the underlying asset and return capital may be extended beyond those anticipated by the manager due to many factors. You should not rely on any specific timeframes for a return of capital and should not enter into any investment if you think you may need to liquidate the investment in the mediumto-long term.